Ella Fitzgerald, whose centenary is being widely celebrated this year, left a huge legacy of classic recordings. Here's just a small sample of some of the finest currently available, complete with full reviews of each 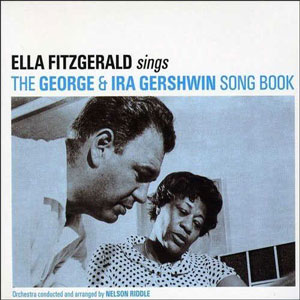 As far as vocal jazz goes, Ella Fitzgerald’s series of songbook albums recorded for Norman Granz’s Verve label in the 1950s represent something of a high-watermark. Featuring 59 songs recorded over an eight-month period, reissued here as a 3CD set, the Gershwin songbook was to be the largest single recording project that Fitzgerald worked on. It finds the vocalist at the height of her considerable powers, whether scatting on a scintillating ‘I Got Rhythm’ (the one occasion the singer gets to scat during the entire songbook), effortlessly navigating the waltz-time ‘By Strauss’, or melting the heart with ballads such as ‘But Not For Me’. Coupled with Nelson Riddle’s brilliant charts, it’s little wonder that the collection led Ira Gershwin to say that he’d “never known how good our songs were until I heard Ella sing them”. In addition to the original 59 songs included on the 5LP set, we also get to hear the singer’s first attempt at recording a Gershwin songbook, namely the 1950 10-inch Decca LP Ella Sings Gershwin featuring eight sparkling duets with pianist Ellis Larkins. An additional Gershwin duet (‘Nice Work If You Can Get It’), recorded by Fitzgerald and Larkins in 1954, rounds off this unmissable, landmark set. Peter Quinn

The Voice of Jazz

Featuring over 12 hours of music, this 10CD retrospective from Verve Records presents some of the finest jazz singing ever recorded. Tracing an entire lifetime’s devotion to the art of the song, we hear everything from the eighteen-year-old Ella’s first studio recordings made with Chick Webb and his Orchestra in June 1935, ‘I’ll Chase The Blues Away’ and ‘Love and Kisses’ – the singer having landed the job just three months previously – right up to the title track of her final studio album, the appositely titled All That Jazz recorded in 1989. With over 200 newly remastered studio (CDs 1-8) and live tracks (CDs 9-10), the beautifully packaged box set includes a 96-page hardback book with an extensive essay on the singer’s career, illustrations, Ella Fitzgerald album covers and photos, as well as complete track information and credits. From swing to bebop, and from calypsos to bossa nova, Ella could do it all – brilliantly. This is an absolute treasure trove. Peter Quinn 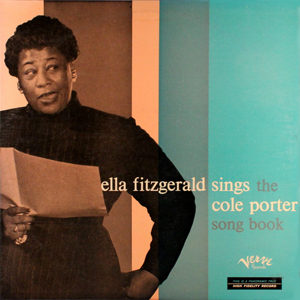 Norman Granz had long cherished the ambition to have Ella recording for his label but had to wait until 1956 to make the signing. His first project for her was to record as many Cole Porter songs as they could lay their hands on in large ensemble style and release them (initially as volumes one and two) on an unsuspecting but quickly enraptured public. The idea caught on and Ella kept doing composer songbooks well into the 1960s. Nobody did it better, even though it could be said that Sinatra’s studious avoidance of such anthologies produced the greater individual legacy. Keith Shadwick 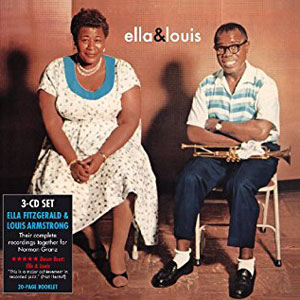 This 3CD set brings together the two albums that Ella and Louis made with the Oscar Peterson Quartet (with either Buddy Rich or Louie Bellson added to the Ellis/Brown edition of the trio), plus the version of music from Gershwin’s Porgy and Bess that they made with Russell Garcia. The two Peterson albums were most recently out again from Essential Jazz Classics, and it’s only a couple of years since Verve reissued Porgy in a budget edition. However, this set brings the whole lot together, and adds a pair of tracks from a Hollywood Bowl All Stars concert where Ella and Satch teamed up the day before making the original Ella and Louis sessions. One might wonder why One records didn’t go the whole hog and add the earlier collaborations that the two principals had done for Decca in 1946 with Bob Haggart, as there’s some spare running time left on the third and final disc. Nonetheless, this is a treat, and it is good to have all of the studio material done for Granz under one roof. If you don’t have this, it’s more or less an essential purchase, and one of the most joyous examples of music-making ever done by either star. The informal soundcheck of ‘Stompin’ at the Savoy’, the coyness of Ella’s ‘I Won’t Dance’ and the at-the-mike romance of ‘Don’t Be That Way’ are all great moments, to which must be added the sheer dazzling, ethereal beauty of ‘Autumn in New York’, which is one of the finest tracks ever recorded. There might be better versions of some individual tracks done by other singers, but as a body of work, this is pretty much unsurpassed. Alyn Shipton 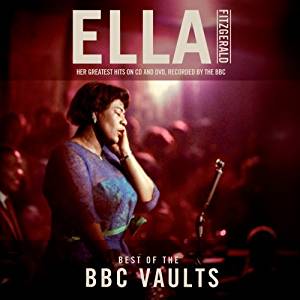 Best of the BBC Vaults

The BBC archivists have been busy, unearthing some priceless Ella Fitzgerald performances for what is the first in a series of CD/DVD releases entitled Best Of The BBC Vaults. The twofer, remastered using the very latest audio restoration techniques, includes complete sets from Show of the Week: Ella Fitzgerald Swings (1965), Ella Fitzgerald Sings (1965), Omnibus Presents Ella Fitzgerald at Ronnie Scott’s (1974), plus a 1977 edition of Jazz From Montreux. The DVD clocks in at over two hours, with the accompanying CD offering edited highlights from all four shows. The two 1965 sets – the first with the Tommy Flanagan trio, the second a shared bill with the Johnnie Spence Orchestra plus the trio – are outstanding, from incendiary readings of ‘Goody Goody’ and ‘Something’s Gotta Give’ to a luxuriantly arranged ‘Body And Soul’, the latter featuring the briefest of solos from Tubby Hayes (mystifyingly not included on the Best Of CD). It will be fascinating to see what else the archivists have uncovered. Peter Quinn 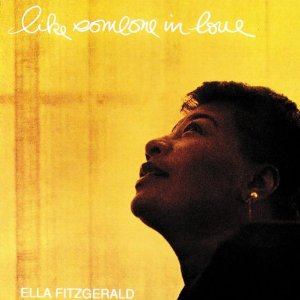 Featuring a studio orchestra arranged and conducted by Frank DeVol, Like Someone In Love (1957) dates from an especially fertile period of Fitzgerald’s career, recorded at the same time as her Ellington Songbook. The album’s personnel remains a mystery (the original liner notes are all of five lines long), but Stan Getz is featured as soloist on the languid album opener ‘There’s A Lull In My Life’, plus ‘What Will I Tell My Heart?, ‘Midnight Sun’, ‘You’re Blasé’ and ‘What’s New? with music by Jimmy Van Heusen and words by Johnny Burke, the title track has never sounded lovelier, Fitzgerald caressing the opening line (‘Lately I find myself out gazing at stars, Hearing guitars like someone in love’) with infinite tenderness. A Getz quartet version of the title track, recorded the previous year, makes a fine bonus track. Peter Quinn 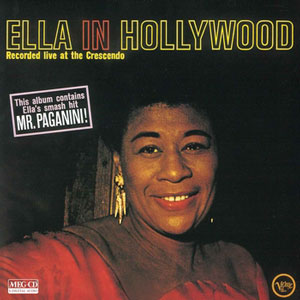 Previously only available on CD as a Japanese import, this reissue has been in the pipeline for such a long time that fans of the singer had probably begun to fear it would never see the light of day. Recorded in the same year as Ella Fitzgerald Sings the Harold Arlen Songbook, Clap Hands, Here Comes Charlie! and Ella Returns to Berlin, Ella in Hollywood is one of the finest live dates in the singer’s discography. Ella is on imperious form in the relaxed, intimate atmosphere of The Crescendo nightclub, coupled with a highly responsive band and great material including her early hit ‘Mr. Paganini’. At whichever end of the tempo spectrum, from the supercharged opener ‘This Could Be The Start Of Something Big’ to the sumptuous ballad ‘Baby, Won’t You Please Come Home’, Ella delivers each song with a bell-like clarity and absolute control. To hear some of the greatest examples of jazz singing, listen to the beautifully controlled upwards glissando on the opening ‘you’ of ‘You’re Driving Me Crazy’, the remarkably long-lined phrasing of ‘It Might As Well Be Spring’, and the jawdropping, divinely inspired scat in the 10-minute tour de force of ‘Take the “A” Train’. Peter Quinn