Ashley Kahn’s booklet commentary to this deluxe – one might even say slightly overcooked – reissue notes how different was Wilen’s identity as a 50-year-old veteran to that of the teenage wunderkind who’d worked with Bud Powell, Art Blakey and Miles Davis at the tail end of the 1950s.

Indeed, parts of this record bring the tenorist almost full circle, reminding us that he spent a lot of time listening to swing tenors Lester Young, Don Byas and Lucky Thompson in those far off Left Bank days. Intriguingly this makes Wilen come across at times as a much’ much older player, one who can take something as stickily cloying as ‘My Way’ and make you believe every last drop of sentiment. But there’s also a somewhat chameleon feel to his playing too. On the piano-less ‘Tears’ he hints at Sonny Rollins, another early influence. The single soprano track – ‘Un Etê 42 (The Summer of 42)’ - reveals what was always the saxophonist’s most individual instrumental choice.

Once something of a cult release (Wilen himself was one of jazz’s great romantic figures) this revamped version provides the full works – gorgeous art work, crisply clear photos, bonus cuts – but it’s hard to escape the feeling that it captures a considerable talent already past its peak.

That said, Wilen’s winning way with a melody makes a refreshing contrast to today’s doom-laden angularity. Not exactly essential then, nor a mere makeweight, this is an album of charm and considerable thought. I’m just not sure it lives up to the cover hype. 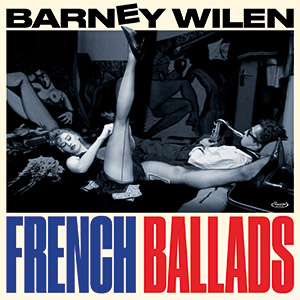