Space Walk, from the EMI Lansdowne Jazz series, is the first of the much-anticipated British Jazz Explosion series of facsimile 180 gram vinyl releases of British jazz classics gleaned from highly collectable labels like Argo, Deram, Fontana, Mercury, Phillips and EMI Lansdowne Jazz from the 1960s and 70s. The album cover has excellent colour saturation, and on the reverse, the original liner notes and design are retained other than a discreet ‘British Jazz Explosion’ logo, otherwise the rear cover is exactly the same as the original, except for two things. Jack Thorncraft's name is spelt correctly while on the original release, side two, tracks two and three, were printed the wrong way round on the sleeve and LP labels – ‘A Matter Of Time’ and ‘Space Walk’. This was discovered from the master tape sequence and was checked with Trevor Tomkins, the drummer on the date and corrected for this issue. There's also a 12x12 insert with additional liner notes by series co-ordinator Tony Higgins plus an audio download voucher for digital version. Re-mastered impeccably by Gearbox from the original master tapes, the sound is absolutely first-rate. Rendell conceptualised the album in a way that broke ranks with the brass and sax sound then dominating jazz on both sides of the Atlantic by opting for a two tenor frontline on most pieces – for example, ‘On the Way’ – contrasted by a more satisfying (for some) ethereal sound of flute, woodwind, soprano sax and vibraphone – ‘Summer Song’. The latter was a direction he did not pursue, but was original and highly effective for all that. Perhaps the best track is ‘A Matter of Time’, which deservedly appeared on the recent Journeys In Modern Jazz: Britain anthology that originally announced the series (see review last issue). Rendell's affinity to post-hard-bop-into-middle-period-Coltrane was exemplified by ‘Euroaquilo’. 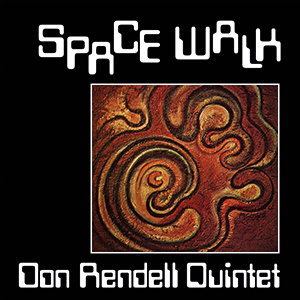