The lockdown restrictions have, for many, prompted reflection, introspection and contemplation. Many in the music community have found solace in their music, which has prompted fresh lines of thinking and of doing. Suddenly, there is an abundance of albums either inspired or prompted by the pandemic, many solo, others as a result of musical exchanges using multi-tracking. Few will come close to rivalling Liberation Time. It has inspired a flood of new creativity in McLaughlin, whose career was already defined by seemingly endless creativity. Other than his two reflective solo piano pieces, ‘Mila Repa’ and ‘Shade of Blue’, all tracks are the product of multi tracking. But you’d never guess ‘Lockdown Blues’ by McLaughlin’s group The 4th Dimension was made this way, such is the group interplay. Then there’s McLaughlin in straight ahead, 1960s mode, a style he grew up with and is a master of, here with an excellent contribution from Julian Siegel on tenor. In contrast, the powerful jazz-rock of ‘As the Spirit Sings’, driven by drummer Vinnie Colaiuta, emerges as an explosion of pent-up energy. 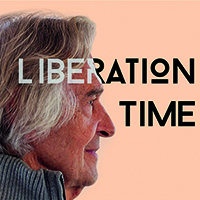