This is the fifth album by Garrett on Mack Avenue and it's impressive in its lines of input, ranging from Aretha Franklin to Marvin Gaye, from Afro-Cuban jazz to gospel and from R&B to hip hop. These elements tellingly influence each composition's direction of travel. Although half a dozen vocalists are featured, they are invariably used to colour the music from within with sustained tones that add body and greater textural shape to the ensembles. Garret comes up with eight originals, each quite different and each with programmatic origins.

Garrett's compositional input is often based on two and four bar melodic motifs, which, as on ‘Hargrove’ for example, are repeated over, much like the kind of compositions Miles Davis was coming up with during his triumphant return in the 1980s on pieces like ‘Jean Pierre’. On ‘Hargrove’, the influence of R&B and hip hop is felt rather than explicitly stated, like many of the musical ingredients in Garrett's musical mix. Among the album's highlights are ‘For Art's Sake’, a dedication to Art Blakey, the gospel orientated ‘When Days Were Different’ and the title track. When Garrett was signed to Warner Bros he allowed Asian influences to emerge on a couple of albums, while this album's inspiration is drawn from Afro Cuban jazz, such as ‘It's Time to Come Home’, that opens the album. 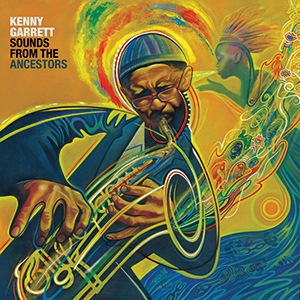