There has always been a strong socially– conscious element in the music of Robert Mitchell and on this multi-layered, ambitious double CD, the talented British pianist-composer makes one of his most explicit statements to date on the state of the world and the pressing need for change. Every track asks questions of the direction of travel of humankind, and given the ongoing refugee crisis (long before the war in Ukraine) as well as conspicuous global inequality and the rise of the right in Europe, any music that engages with real life as fully as Mitchell's is welcome. Since the early 2000s debut of his first band Panacea, he has been organically eclectic, knitting together many elements of black music with real verve, and here his patchwork wraps largely over the low register density beloved of hip-hop, with a punchy, weighty kick and bulging bass to the fore.

While straying into ‘boom bap’ territory, Mitchell retains the harmonic sophistication inherent to his faultless command of jazz and classical music, and the resulting blend is excellent. That said, the frequent use of spoken word interludes is problematic as some are too long and don't significantly enhance the lyrical content elsewhere. But this predominantly vocal-led album is deeply soulful and hits a dizzying creative height when the peerless Carleen Anderson appears, along with Cuban trumpeter Yelfris Valdes, on ‘Better Time, Better Place’, a quite astounding track whose subtle march rhythm ingeniously morphs into the kind of dramatic but nonetheless tightly controlled techno-operetta that Stacey Pullen does so well. Had the song been moved up the running order so as to make it the centerpiece of the set, with a few tracks being trimmed, Mitchell might have had a masterpiece on his hands. As it is, he has made another notable entry in his impressive discography. 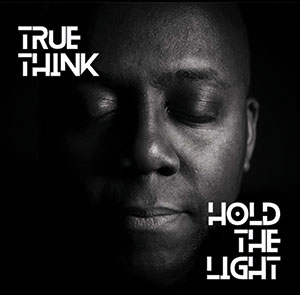