Like his friend and LA neighbour Louis Cole, Sam Gendel evinces bland bemusement at a charmed life in which chance meetings lead inevitably to work with Ry Cooder and Vampire Weekend. Gendel and Cole exist in a faux-nerdy sub-scene linked to Thundercat, and from there to Kamasi Washington, with rapper Kendrick Lamar as the resurgent city’s presiding eminence. Less antic than Cole, Gendel is similarly ambivalent towards jazz, loving it but keeping his distance, even as his digitally treated sax veers from old verities. This major-label debut is a live session mostly comprising jazz standards, though Gendel’s sometimes unrecognisable sax and Philippe Melanson’s electronic percussion rewire that context. Phased synth waves glide through ‘Satin Doll’, and glottal, breathy loops roll over a sax soft-shoe shuffle on ‘Stardust’. But for all the refits, Gendel often honours the originals. 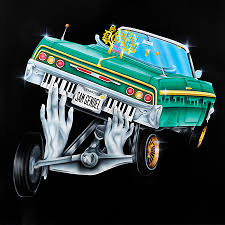